504 STARS OF THE FUTURE AND OF THE PRESENT

Many names have gone unnoticed. 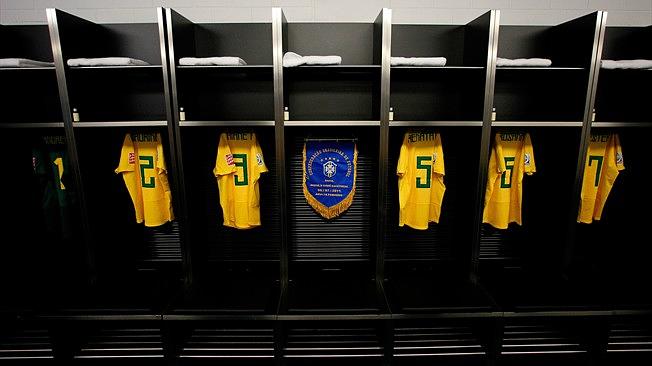 Others, however, have attracted great attention, naturally. After all, among the 504 young people whose participation in the FIFA U-20 World Cup is confirmed, some are already worth millions in the market or are shining in various national leagues. It is they - and a handful of other candidates - who will have a double mission in Colombia: take the title of the most coveted lower categories on the planet and try to emulate the deeds of stars such as Sergio Agüero, Seydou Keita, Robert Prosinecki, Lionel Messi and Diego Armando Maradona, who were not only rewarded with the adidas Golden Ball of the contest, but also starred and starred in brilliant careers.

Check the lists by clicking on the link on the right.

In the official lists, countries such as Spain, Brazil, Argentina and France have prestigious players on their squads and for whom great clubs have already expressed interest. The Red, for example, will benefit from the experience of Sergio Canales at Real Madrid to try to repeat the triumph of the national team. Oriol Romeu and Daniel Pacheco, pillars of the midfield and attack, are still at the beginning of their careers in Barcelona and Liverpool, although they have a promising future ahead.

The quarries in Brazil and Argentina are also inexhaustible. In the Seleção, the two main stars -Neymar and Lucas- do not travel to Colombia, but they have substitutes for guarantees: Philippe Coutinho, from Inter Milan, and Oscar, from Porto Alegre International. And Casemiro, an important piece in the conquest of the South American title, owns the São Paulo and is the object of the bid of several great Italians. In neighboring Argentina, Juan Manuel Iturbe, who has been compared to Messi, has been transferred to FC Porto by weight of gold, as has Erik Lamela, for whom Rome has disbursed a significant amount. Walter Perazzo's list also includes Facundo Ferreyra, a rising football player, and other boys with experience in the first division, such as Roberto Pereyra and Adrián Cirigliano.

In the French team, Gaël Kakuta hopes to justify in Colombia the interest Chelsea showed in him when he was still 17 years old. In turn, Antoine Griezmann and Gueïda Fofana will be used in depth to follow in the footsteps of Karim Benzema or Samir Nasri and be able to act shortly in leading clubs in Spain and England.

And there are many more stars. If we stick to the performance of the U-17 team, Mexico can again be a candidate to take into account, especially if Erick Torres and Ulises Dávila respond to high expectations. Colombia, on the other hand, dreams of imitating Mexicans and proclaiming themselves champion at home. For this he has the support of the midfielder and captain James Rodríguez, of Porto, who caused a sensation last month at the Toulon Tournament, where the Colombians raised the trophy for the third time.

Among Africans, Mali will bring three experienced players from Paris Saint-Germain, Kalifa Coulibaly, Adama Touré and Kalifa Traoré, while Cameroon has stars from the Barcelona quarry and other great Spaniards. At CONCACAF, special attention will be paid to Costa Rican Joel Campbell, who has performed at a good level in the Copa América in recent weeks.

With so many stars already consolidated or in the making, the Colombian tournament has everything to maintain the tonic of the last years and exhibit a football of the highest level. There is no doubt that both the struggle to win individual trophies, and to succeed Ghana as a champion, will be at odds.