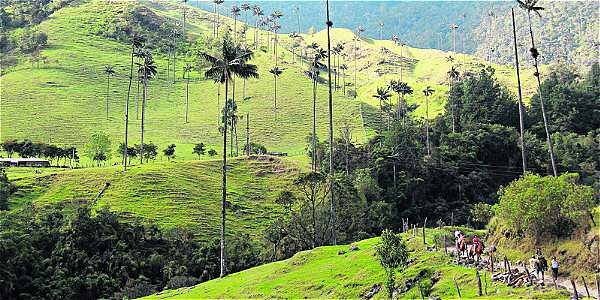 with the leadership of the Ministry of Culture and the National Federation of Coffee Growers.

According to a statement from the Ministry of Culture of the Coffee Cultural Landscape of Colombia, PCC was declared Cultural Heritage of Humanity during the 35th session of the World Heritage Committee of the United Nations Educational, Scientific and Technological Organization, Unesco , which takes place in Paris between June 19 and June 29 of the current year.

The report says that the declared Colombian region is made up of areas of 47 municipalities and 411 villages in the departments of Caldas, Quindío, Risaralda and Valle del Cauca, where about 24,000 coffee farms are located, in which an estimated population of 80,000 people

Nuria Sanz, head of the Latin America and the Caribbean Unit of the World Heritage Center, said at the beginning of the process that: "The historical thickness and the roots of the sociocultural coffee process do not easily find comparison in the rest of the continents." In addition, he added: “The Colombian Coffee Cultural Landscape is not a scenario: it is an institution that has developed in parallel improvements in the production and quality of life of the producers; a tradition that has made history, with the awareness of developing a better product every day. ”